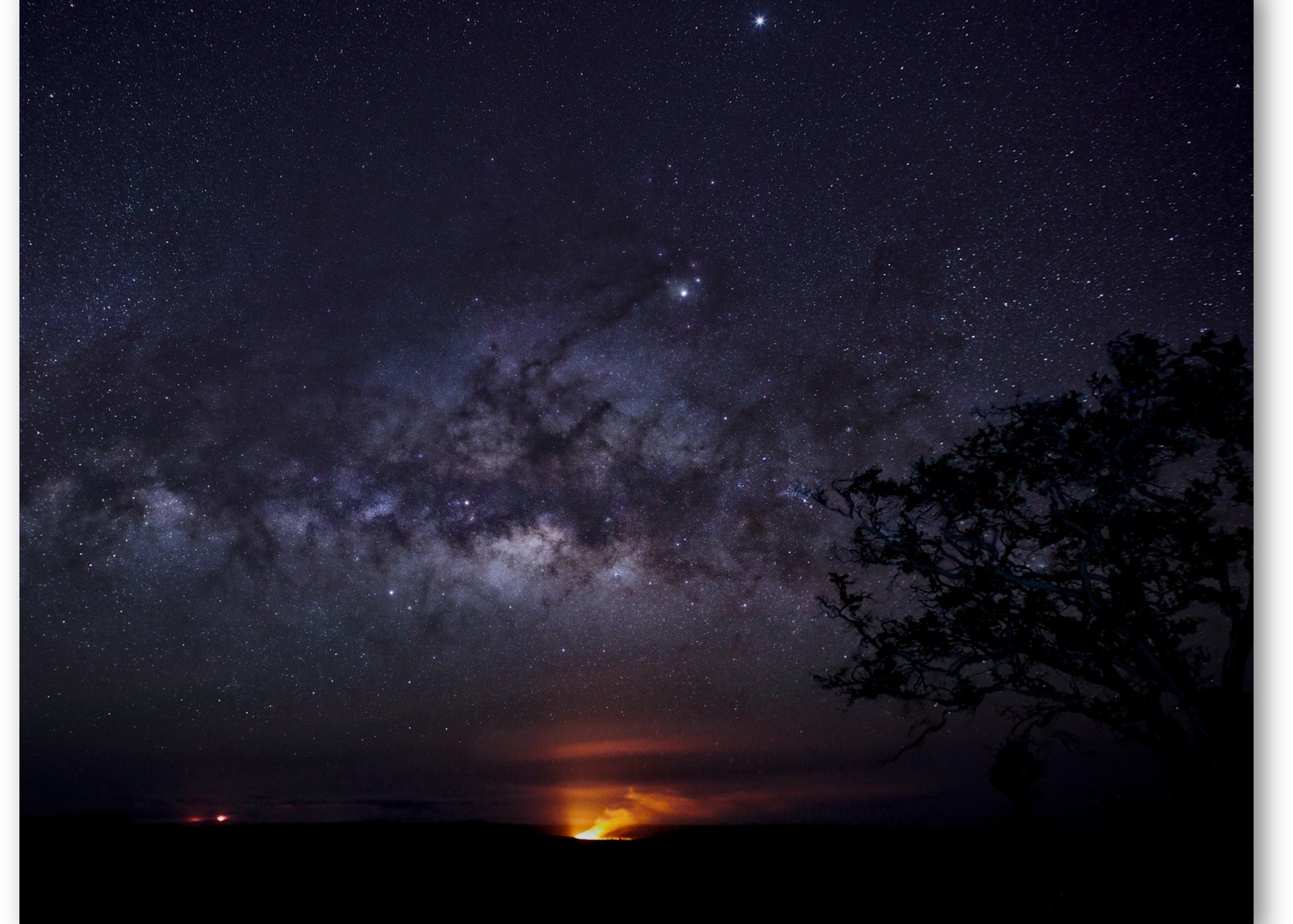 The way things used to be: This 2017 photo shows the glow from Puʻu ʻŌʻō on Kilauea’s east rift zone in the distance at left, and the glow from the lava lake in Halemaumau at Kīlauea’s summit at right. Activity began at Puʻu ʻŌʻō in 1983 and lava eruption was more or less continuous for decades. In 2008, a new lava lake was born in Halemaʻumaʻu, and the two eruptions persisted simultaneously for ten years, until April 2018.

What is the LERZ?

LERZ is a common abbreviation for “Lower East Rift Zone”. The more active of Kīlauea’s two rift zones, the East Rift Zone stretches from the Kīlauea Caldera at 4000’ above sea level all the way to Cape Kumukahi to the east, and an additional 50 miles to meet the sea floor. Magma can move easily and efficiently underground to feed eruptions anywhere along the rift. Geologists have observed many historic eruptions along different geographic sections of this rift including numerous but brief fissure eruptions in the Upper East Rift Zone, and a long continuous outpouring of lava from Puʻu ʻŌʻō in the Middle East Rift Zone within Hawaii Volcanoes National Park. The most significant difference between the LERZ and the rest of the East Rift Zone however, is that human beings have taken permanent residence in the LERZ.

In 2018, everything changed. The lava flow from Puʻu ʻŌʻō that had gently oozed into the sea for most of the previous 35 years, quietly retreated.  By mid-April, geologists at the Hawaiian Volcano Observatory were making public announcements, noting increased pressure and swelling at Kīlauea’s summit and East Rift Zone, and warning of elevated potential for changes in volcanic activity.  The lava lake in Halemaʻumaʻu overflowed several times, much to the delight of visitors watching from the crater overlook at Jaggar Museum.

On April 30, something gave way deep within the volcano, magma suddenly drained away and Puʻu ʻŌʻō collapsed. For the next few days, hundreds of earthquakes rocked Puna as the magma moved miles further down the rift and intruded into the LERZ. Cracks began to appear in roadways and under houses, quickly growing wider, cutting parallel dashed lines through densely populated neighborhoods.

On May 3, Fissure 1 erupted on Mohala Street in Leilani Estates, witnessed first by Ikaika Marzo, who would become a local hero.

A magnitude 6.9 earthquake struck at 12:32pm May 4, moving the South flank of Kīlauea by about 15 feet at its base and in turn probably opening the rift zone even further to the intrusion of magma. It was the most powerful quake in Hawaii since 1975. The lava lake in Halemaʻumaʻu abruptly drained away after the quake, and the summit of Kīlauea began to deflate and subside.

A total of 24 fissures erupted in the LERZ. Numbered for the order in which they first erupted, the fissures traced an almost perfect straight line over an underground dike or blade-shaped intrusion of magma that had sliced through lower Puna.

Fissure 8 reactivated on May 26 and became the dominant source of lava for the remainder of the eruption. Lava flow rates increased and were sustained at levels higher than anyone had witnessed from Kīlauea in at least 200 years.

As Fissure 8 raged in the LERZ, magma was withdrawn from reservoirs beneath the summit, and Kīlauea caldera collapsed in stages through a relentless repeating cycle of earthquakes.

More than 700 homes were destroyed in Puna. Thousands of residents were displaced. Hearts were broken, dreams were shattered. Volcanic gases swamped the islands for months. Thunderclouds formed over the plumes of stream and gas from lava hitting the sea, and torrential rains hammered the areas nearby. Pele’s hair wafted through the air and a bright red glow filled the sky each night.

On August 4, the lava fountains within Fissure 8 rapidly diminished. The earthquake/collapse cycle at the summit had already ceased, unceremoniously. An uneasy silence ensued, was it really over?

On September 1, a red glow reappeared within Fissure 8. Lava spattered within the vent for several days, but the lava flows and caldera collapse did not resume. Days and weeks passed with no new activity, but the strain of uncertainty never eased up. People in Puna endured a reality suspended between the desire to return home and pick up the pieces, and the unshakable fear that activity might return to the LERZ.

HVO finally reduced the Volcano Alert Level for Kīlauea to Green/Normal in March 2019, six months after the end of surface activity. This officially ended 36 years of continuous activity at Kīlauea, since the beginning of the Puʻu ʻŌʻō eruption in 1983. No historic pause in an eruption had ever exceeded that duration, so geologists could be reasonably certain that the LERZ activity would not resume unexpectedly.

Kilauea’s period of quiet lasted until December 20, 2020 with the reappearance of lava in Kilauea’s summit crater, Halemaumau. Communities in Puna continue to struggle to recover from the events of the 2018 LERZ Eruption. The lava covered almost 14 square miles, and much of it will take years to fully cool. Ocean access and many roads have yet to be restored.

2018 How it Happened NPS video

This original film by Jeremiah Lofgreen tells the story of a local hero, Ikaika Marzo, and how the community came together to cope with the disaster in 2018.

Suggested Donation to View This Video - $2.00
This website is created with

i want a website like this
Ucraft is committed to preventing phishing, malware and other types of fraud. In case of noticing any actions that violate applicable laws, regulations or third-party rights, please file your report here.
Ucraft is a free website builder that provides web designers, marketers and business owners with a set of web design tools to start their next awesome project in minutes. No coding or designer skills needed. Go to Ucraft